Will Contests, A Primer on Lack of Capacity 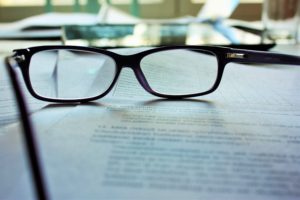 Ever since people started owning things, a system has developed to determine who gets those things when the owner dies. This system is called Probate. The principal tools for passing assets are Wills and Trusts. To determine if a Will is valid, and should be used to determine how assets pass at death, a system of rules has evolved.

One of the principal rules is that the person signing the Will must be competent.

What is Lack of Capacity?
To be respected, a Will must be signed by a person who at the time had the requisite mental capacity. The signature on the Will might be the deceased’s, but when he made his signature did he truly understand what he signed?

People will sometimes call me to say a Will must be invalid because it was signed by someone of advanced age or illness. But, just being very ill or sick is not enough for someone to lack capacity to sign a Will. The same is true of the date a will is signed. If the person died the same day as when they signed a Will that is not, in and of itself, enough evidence to void the will. These things might indicate that a person is incapacitated, but more evidence is needed.

Finally, the person must have the capacity to understand who would be the normal beneficiaries of her estate. She must understand that she has family and how the Will is then either including or excluding these people.

Capacity to sign a will is a lesser standard than taking part in other legal processes like signing a business contract.

A Successful Challenge.
To successfully challenge a Will based on Lack of Capacity the challenger must prove that the person, at the time they signed the Will, was not of sound mind. The did not have the capacity to understand their assets, family or the legal effect of signing the Will.

You can then see that a person is very ill, old or near death can sign a valid Will.

Factors the Judge Considers In a Lack of Capacity Case.
Typical evidence presented in a Lack of Capacity case would include medical records and an expert opinion based on those records. Typically, the challenger must hire a doctor to review medical records and produce a report concluding that the deceased did not have the requisite capacity to sign a valid Will. The person who supports the Will then strives to find a doctor who will say the opposite. Access to medical records is usually gained during the cases’ discovery portion.

Appealing The Results.
After the judge rules, there is a short amount of time for an appeal. Appeals to a higher court is a specialized legal area of legal practice. Most Will Contest Lawyers have never done an appeal, so consult with someone who has a proven track record.

In conclusion, Lack of Capacity is one of many ways to challenge a will. For more information, please read my more detailed article, Will Contests Explained for the Non-Lawyer.

Peter recently gave a presentation about Wills & Trusts at my employer, and it was fantastic! He was extremely knowledgeable and provided valuable information to the group. People were very engaged and asked several questions, all of which Peter thoroughly answered. Personally, my husband and I have selected Peter to help us with our estate planning, and he has been very helpful in providing us with all of the information we need to provide a secure future for our family. Thank you, Peter!

Everything about my experience was a 10+! Peter and his staff made what I thought would be a difficult process easy and understandable. Every detail was handled correctly. No other firm could possibly do better than Klenk Law!