From Our “Ask a Question” mailbag: “Elder Care, Elder Abuse, and the Constitution.”

“I have heard that Pennsylvania is a hotbed of Elder Abuse. What can you tell me about Elder Care, Elder Abuse, and the Constitution?”

As the “Boomer Generation” ages, the United States’ elderly population has become the most rapidly growing segment of our society. In 2010, the National Center on Elder Abuse (NCEA) reported that the population of people age 65 and older in the United States had reached 40.3 million, or 13% of the total population. This number will only continue to rise, and the NCEA has projected that by 2050, this population will grow to 20%.

As the elderly population continues to increase, the concerns for interest and asset protection have increased as well. According to the Elder Law Advisory, 48% of nursing home residents have Alzheimer’s.  Further, the NCEA reports that approximately 5.1 million American elders have some type of dementia. Because their conditions can leave them with symptoms of confusion, they become more susceptible to manipulation. Also, they can be more vulnerable to abuse, exploitation, and neglect. Unfortunately, approximately 90% of these abusers are family members.

Steps Being Taken to Protect the Elderly.

In an attempt to protect this rapidly growing but vulnerable population, the Older Adults Protective Services Act was created to protect older adults who cannot protect themselves, providing them with the services necessary to protect their health, safety, and welfare. The Act allows each area agency on aging to receive reports of older adults in need of protective services.  They can then investigate these reports with access to all of the older adult’s relevant records. In these instances, lawmakers must work to find the balance between protecting these older adults’ Constitutional rights and protecting them from imminent risk of abuse, neglect, exploitation or abandonment.

How To Protect The Elderly That Refuses Help?

But how far can the agency go in protecting a senior citizen who might be in danger, but refuses to cooperate with the offered help?

In a recent Chester County Orphans’ Court Case, “In the Interest of A.M. an Older Adult” (you can read the entire case through this link), the question of where to draw the line between protecting an elderly Pennsylvanian and the private rights of that elderly Pennsylvanian was raised and debated.

Facts of the Case.

In this instance, there was a suspicion that A.M., an 82-year-old-woman, was being manipulated by her four adult children.  There was concern that her health and money were at risk. Her physician had diagnosed her with dementia. She had not been taking her medication.  The doctor believed she was not capable of the cognitive ability it takes to appreciate the signing of legal documents. However, she had executed four Powers of Attorney over a period of six months. The Agents used the documents and withdrew large sums of money from her accounts.

When the Chester County Department of Aging Services attempted to investigate the situation.  However, A.M. refused to sign releases, provide the necessary records or information and declined to answer the phone or come to the door. She was requested to receive a medical evaluation, as well as provide one of her sons’ keys to her home to assist in the investigation. It became apparent that someone was interfering with the investigation.

With the investigation thwarted, there was no way of knowing if A.M. was being harmed.  But there existed a risk of serious harm. The court authorized not only that information be turned over to the investigators, but also allowed them to continue the investigation by forcibly entering her house. A.M.’s attorney argued that this authorization violated her Constitutional Rights.

This brought up the more significant issue. Should a state agency have the ability to obtain permission to force their way into someone’s home to protect them? Most agree that a firefighter should be allowed if there is smoke.  But here Judge Tunnell was forced to make a judgment based on evidence less evident than billowing smoke out a window. However, the court concluded that because of A.M.’s circumstances, they could grant the Chester County Department of Aging Services access to her home.  Further, he gave access to personal records.  Acces was even if this meant having the police break down the door. They believed, in this instance, that the completion of their investigation and her safety were the most critical factors.

If you have more estate planning questions, please read my more detailed article, Estate Planning, Everything You Need to Know.

In Conclusion: Elder Care, Elder Abuse, and the Constitution.

In this article, I tried to answer the address Elder Care, Elder Abuse, and the Constitution. Further, I included links to even more detailed information on my website. So, let me know how I did, comments and questions are welcome! I hope it helped!

If you have more questions about wills and estate planning, let our Estate Planning Lawyers help walk you through the confusing process.  Our lawyers are ready to answer your questions. Feel free to contact our office for a free consultation. 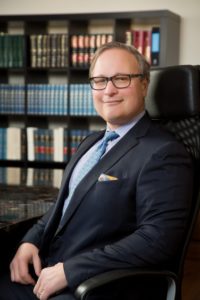 AWESOME LAWYER! Peter Klenk is an exceptional attorney and a very nice person! Today I spoke with Peter about estate planning and was impressed with by his professionalism, cordiality, and attention to detail. I highly recommend Klenk Law for probates, wills, trusts, and other issues germane to estate planning!

Mr. Klenk, quickly understood the circumstances presented and provided clear and concise advice. This advice provided me with the information I required to progress the case to my advantage.

Very knowledgeable! Peter Klenk always has a thorough answer, and the associates have more experience than you'll find at most firms. They really only do estate work.

Peter is a model attorney who puts his clients first at all costs. His extensive expertise in estate planning and tax planning was a great comfort as we began, and have expanded, our family. He is very thoughtful, generous, and quick witted. His approach towards his business has been an inspiration to his peer group, and his zest for life is extremely infectious. Without reservation, I highly recommend Peter as trusted and cherished counsel